"Bhejane" is the Zulu name for Black Rhino

Bhejane 4X4 Adventures was formed with the vision of conducting Guided Self-drive 4X4 Adventure tours into the remoter areas of Southern Africa over 18 years ago. Offering tented safari’s targeting the local market primarily, Bhejane has diversified to meet market needs and today exceeds client expectations by offering a one-stop adventure shop that services a broad-spectrum demographic.

Through Bhejane Adventures both tented and lodge-based tours are offered as well as a combination of both on selected tours. The tours are led and managed by individual crews of four that manage the logistics of the group, pitch the tents (provided by Bhejane) and are fully catered for through a mobile bush kitchen that provides three meals a day. The groups travel in convoy and remain in constant contact with the tour leader through the use of hand-held radios, provided by Bhejane, which adds to the overall safety and security of the groups.

Depending on the destination, whether touring 4×4, hiking or kayaking – adventure activities are integrated into the experience. Activities are included in the overall cost of each tour in addition to a menu of additional optional activities that clients are able to enjoy, as they see fit.

Having been involved with Black Rhino conservation in the Hluhluwe iMfolozi Park, Frank Carlisle, the owner and founder of Bhejane 4×4 Adventures, recognised the need for the company to commit to a project that benefits Black Rhino (“BHEJANE”) conservation throughout Southern Africa.

Through the Rex the Rhino Conservation Fund, the company’s corporate social responsibility is addressed. The Black Rhino represents one of Hluhluwe iMfolozi Park’s greatest success stories, having been brought back from the brink of extinction. Through sound conservation practices, black rhino numbers in the park have increased to the extent that they are able to serve as a pool to stock areas in Southern Africa where they previously occurred. The Rex the Rhino Conservation Fund raises funds for Rhino Conservation in iMfolozi Game Reserve through an enterprise development project in Green Valley, a local community based outside Plett. The Project creates soft Rhino toys made from South African sheweshwe fabric stimulating income streams for the impoverished communities in the area. The toys are sold to clients travelling on the tours and as a result, poverty alleviation is addressed, enterprise development is enabled, and rhino protection is supported 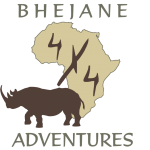 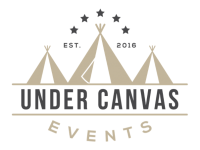 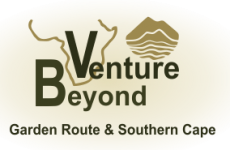 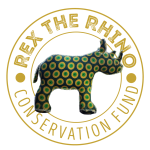